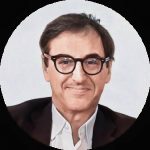 Roberto Della Marina is the co-founder and Managing Partner of Venture Factory srl, and sits in the Board of ToothPic. Previously he has been Head of AlAdInn Ventures Fund of Friulia Veneto Sviluppo SGR SpA as well as Deputy Chairman of AREA Science Park – an Italian National Research body – and of Innovation Factory, its first mile company incubator. After one decade of experience in Switzerland where he managed several Business, in 2003 he accepted the position of VP Business Development and Director of Technology Innovation of Olivetti I-Jet SpA (Ivrea, TO). In 2007 he became General Manager of the Cluster in Molecular Biomedicine of Friuli-Venezia Giulia, a public-private initiative focused on linking together research centers, companies, institutions and financing bodies in the field of personalized medicine. He holds a Laurea cum laude in Physics from the University of Trieste and a Ph.D. in Physics from ETH Zürich (CH). In 2015 has been awarded with the AIFI-EY “Claudio Dematté Award – Private Equity of the Year” in the category Early-Stage for the Vivabiocell exit. He serves as Board Member in several companies and foundations.

This website uses cookies to improve your experience while you navigate through the website. Out of these cookies, the cookies that are categorized as necessary are stored on your browser as they are essential for the working of basic functionalities of the website. We also use third-party cookies that help us analyze and understand how you use this website. These cookies will be stored in your browser only with your consent. You also have the option to opt-out of these cookies. But opting out of some of these cookies may have an effect on your browsing experience.
Necessary Always Enabled
Necessary cookies are absolutely essential for the website to function properly. This category only includes cookies that ensures basic functionalities and security features of the website. These cookies do not store any personal information.
Non-necessary
Any cookies that may not be particularly necessary for the website to function and is used specifically to collect user personal data via analytics, ads, other embedded contents are termed as non-necessary cookies. It is mandatory to procure user consent prior to running these cookies on your website.
SAVE & ACCEPT